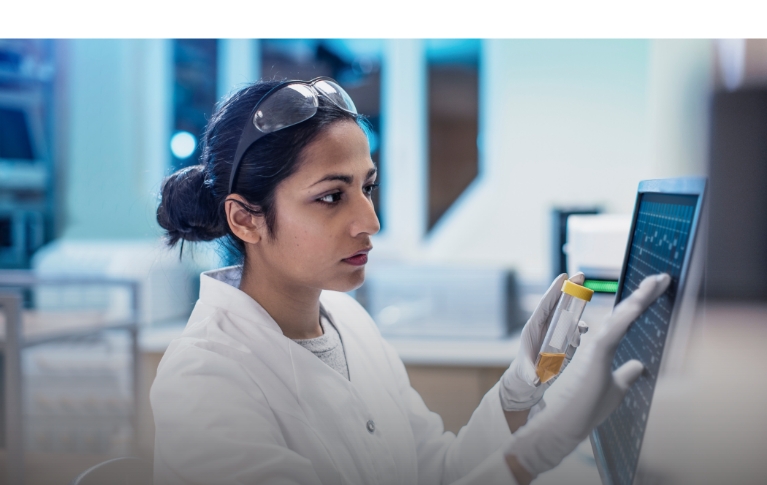 At St. James’s Hospital, patients with a known diagnosis or possible diagnosis of cancer give consent to a cancer specialist nurse or surgeon to take tissue samples for research (see Consent form, Patients section). As soon as the surgeon completes the operation, the operation specimen – breast lump/mastectomy or colon – is taken rapidly to the histopathology department. The pathologist examines it and samples some surplus tissue – cancer and normal – for the biobank scientist to prepare for the biobank. Coded data on the sample and pathology – when completed – are entered in the database.

In 2008-2018, 6400 frozen samples – breast cancer (2010) and colorectal cancer (290) – have been collected and stored in the St. James’s Hospital Cancer Biobank from patients who have given consent for research. Since 2018, samples have been taken primarily for FFPE, but frozen samples are taken prospectively for bespoke projects. To date, 3500 frozen samples have been collected, and will be available for multiple projects. This has been achieved by the willing cooperation of many members of the hospital staff, including senior management.

Grants of €20,000 have also been given to both Cork University Hospital and NUI Galway for biobanking projects.

Funds donated to Biobank Ireland paid the biobank scientist’s salary for 4 years, and this is now a hospital post. Cork and Galway University Hospitals participated in designing the Consent Form, Patient Information Leaflet and Sample Access Policy, all of which were also approved by the Data Protection Commissioner’s Office and National Cancer Registry. Funding for the Cork and Galway University Hospital biobanks is urgently needed.

The St James’ Hospital Cancer Biobank has had applications from several academic groups and has supplied both frozen and FFPE samples of breast, colon and other cancers to local researchers and Irish research collaborations. The biobank has streamlined the sample and data application process, formerly managed by Histopathology, by using the same application procedure for frozen and FFPE samples. Tiered Cost Recovery charges apply.

Biobank Ireland has completed development of a new BIMS (Biobank Information Management System) or database with Modul-Bio, a French company with extensive experience of working with biobanks. The BIMS includes nearly 7000 prospectively collected tissue samples and also includes data on samples released for projects. The BIMS is being used by the Thoracic Oncology research group and will be available for use by other Irish biobanks.

In the next phase there will be a web portal (online catalogue) that researchers can search for coded samples and restricted data of interest.

Everyone is a stakeholder in biobanking. Specific interested parties include patients, patient groups, members of the public, researchers, biobank staff, hospital staff and hospitals, ethicists, lawyers, universities, international biobank experts, politicians, funding agencies and biopharmaceutical companies to develop new treatments and tests. This does not include the commercial sector that develops sophisticated software, laboratory equipment, storage systems, etc for use in biobanks.

In May 2018 The European Union introduced the General Data Protection Regulations (GDPR) which are designed to give EU citizens more control over their personal data. Although GDPR were intended to harmonise data regulation in member states, individual countries differ in their interpretation. In Ireland, the Data Protection Act and Health Research

Regulations (2018), passed in response to GDPR, have presented very significant challenges to biobanks and researchers.

In January 2015, US President Obama launched the Precision Medicine Initiative (to treat each patient according to his / her individual characteristics). This very large scale project will involve 1 million American participants and will depend on coordinated biobanking.

Since 2004, Biobank Ireland has held several meetings to promote awareness for, and obtain the input of the public and multiple stakeholder groups. Particularly relevant for all stakeholders were meetings in The Royal College of Physicians of Ireland in 2007, Croke Park in 2008, attended by the Minister for Health Mary Harney, and St James’s Hospital in 2014, all of which had positive media coverage. The 2014 meeting featured a panel of diverse biobanking stakeholders who were interviewed by Aine Lawlor of RTE. Fundraisers are very well supported because fundraising committees are extremely committed.

How Biobanks Are Changing Lives 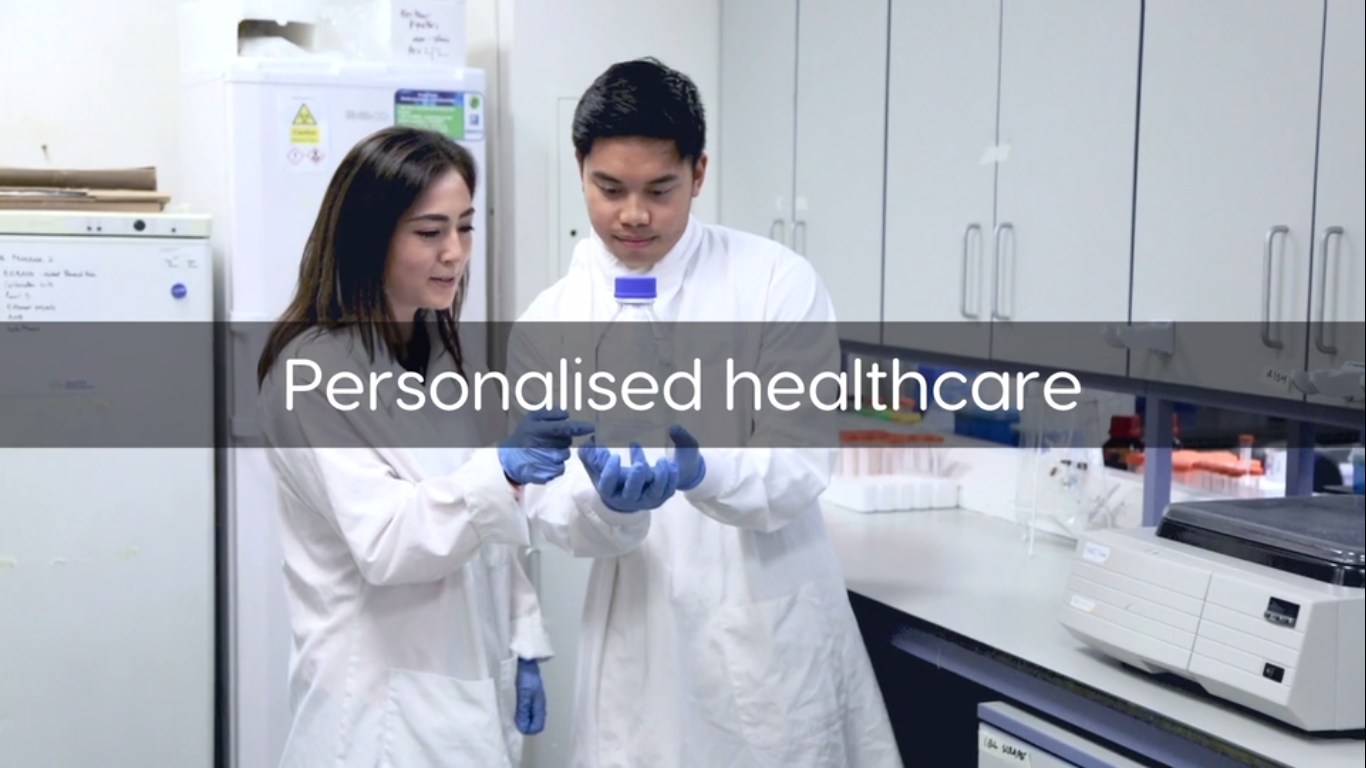 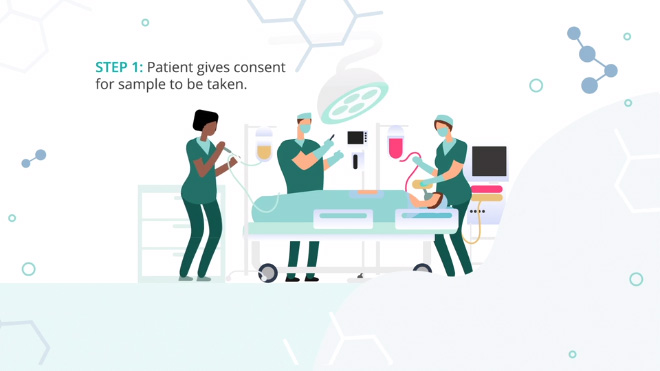 How Biobanks Are Changing Lives from Idea. on Vimeo

My GIST Journey (The Life of Brian)

My name is Brian Cummins. I am 59 years of age, married with two children from Dublin, Ireland. In March 2018, I noticed I had a very bad cough (similar to a smoker’s cough) and my wife noticed I was losing my appetite. Furthermore, I noticed when I was lying on my back at night, my stomach was becoming very hard. It was then that I decided to go to my GP in April 2018, mainly because of the hardness of my stomach at night. He took the decision to send me for an ultrasound scan. My GP then informed me they had discovered a large mass in my pelvic soft tissues, and that it had potentially metastasised. I was then referred to a specialist for observation, which then resulted in me undergoing further investigation. 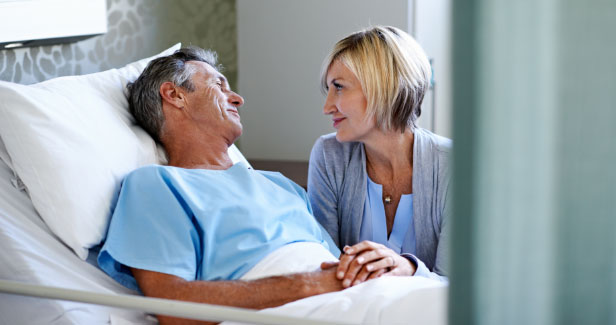 I underwent tests which included a colonoscopy, endoscopy, CT scan, chest x-rays and finally a biopsy of my liver. After all the tests, my consultant told me he felt I had a tumour originating from my appendix that had metastasised to my liver. He then informed me a week later I would be prescribed a treatment in the form of tablet for my condition and I would not be undergoing your standard chemotherapy. The next month saw my condition deteriorate quickly with new symptoms materialising.

After meeting my oncologist, and he informed me I had a 23 centimetre tumour in my small bowel and that the cancer had metastasised to my liver, leaving 6 small tumours. He told me this was called GIST (Gastrointestinal Stromal Tumour). Moreover, he stated to me I would be administered a tablet named Imatinib (Gleevec 400mg) and this would be sufficient to treat the primary tumour in my small bowel and the additional tumours in my liver. I was informed that GIST is a very rare form of cancer, and that there are only 30 new cases in Ireland each year. 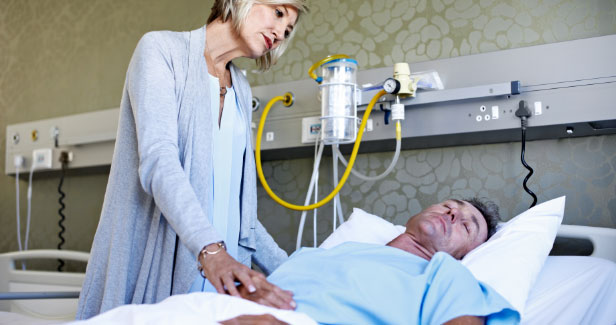 The next few months saw me return to hospital once a month to check my bloods and every three months I would get CT scans which showed my treatment was continuing to work. My oncologist had told me that the tumours in my liver were now cystic. Fast-forward to July 2019, where my multidisciplinary team decided that my primary tumour was to be removed as it had shrunk from 23 centimetres to 2 centimetres. It was now appropriate to surgically remove the tumour. I successfully underwent surgery in August and I spent seven days in hospital. I then recovered at home for a month and then I began to get back to enjoying my life again, playing golf and returning to my role as chairman of my local football club.

In September 2019, I returned to the hospital to see my oncologist, where he told me my CT scan showed my small bowel was clear and that the tumours in my liver were still cystic. I continue to take Imatinib every day just before I go to bed. I feel this is the best time for me as Imatinib can cause tiredness, therefore I can sleep through this side effect. I return to the hospital once a month for my bloods to be checked and every 3 months I have a CT scan. My oncologist said he will monitor me every three months and that I will be taking Imatinib for the foreseeable future. In October 2019 my son attended a GIST UK patient meeting on my behalf to get a greater insight into this rare type of cancer. This was very beneficial for me and these patient meetings are a great resource to anyone suffering from GIST. My son also gained knowledge from various research papers, but a great resource was the GIST Support International page on Facebook where patients discuss their experiences with GIST. My son has only spoken to five patients from Ireland on this page which really highlights how rare this form of cancer is.

The diagnosis of GIST is made by a histopathologist – in my case by examining a metastatic tumour nodule removed by liver biopsy. The pathologist uses molecular pathology techniques (and often molecular genetic techniques) to establish the diagnosis of a tumour which in the great majority of cases, responds well to imatinib. Imatinib is a form of “targeted therapy” because it specifically targets and blocks an abnormally overactive receptor tyrosine kinase on the GIST cell surface. The GIST then stops growing, and the non-viable tumour becomes cystic as in my case. The molecular abnormalities of GIST were revealed because these rare tumours were biobanked and examined by researchers collaborating together. 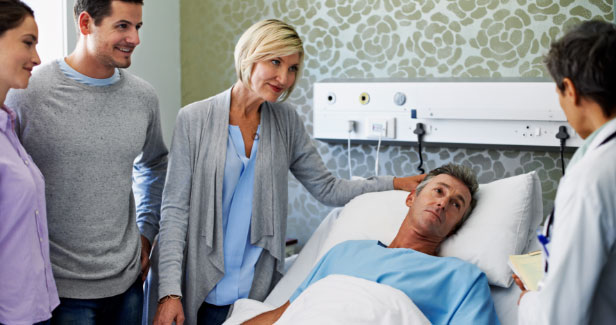 I must make everyone aware that throughout the last two years it would have been extremely difficult to get through this period without the consultants, surgeons, doctors and nurses who looked after me. Also, I cannot forget what a pivotal role my family, friends and the local community have done for me. I have now put on the four stone in weight that I lost at the start of my diagnosis and I am enjoying life.

The world is a better place for having this miracle drug Imatinib made available to people suffering from this disease. I am a perfect example to everyone that this is truly a magnificent cancer drug. I am now at the stage where I can look forward to my daughter’s wedding in September.